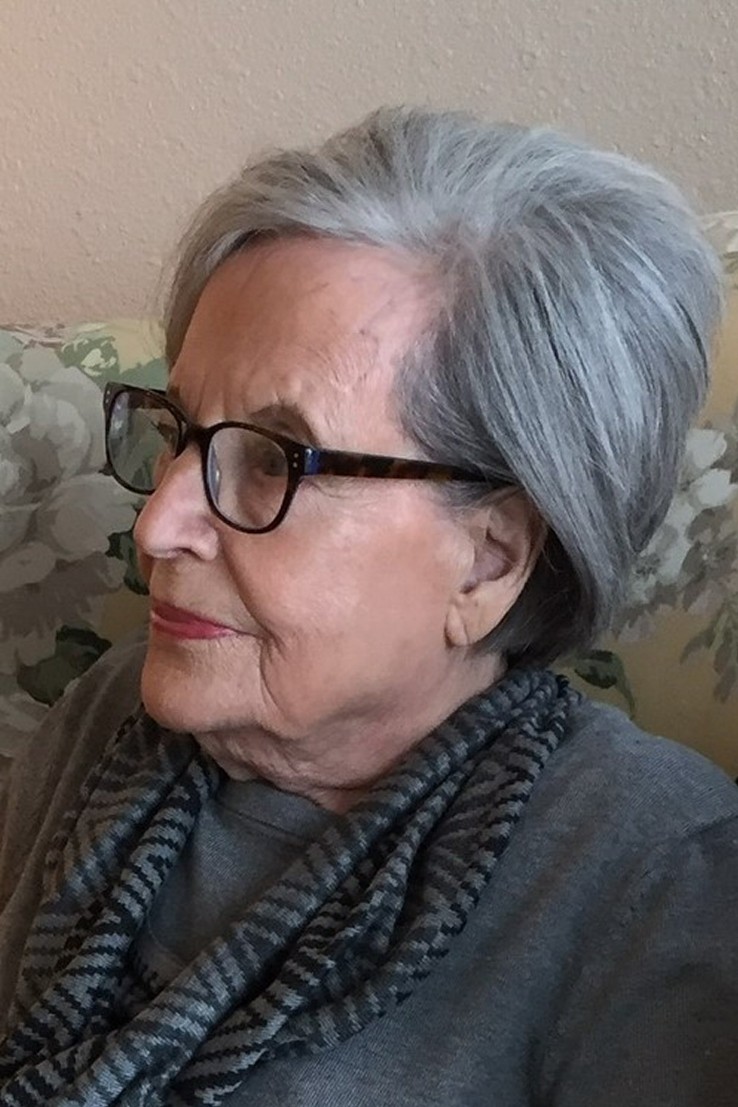 Ruth Schrimsher Miles, 93, passed away on Tuesday, June 29, 2021. Ruth was born in Limestone County, Alabama.
She was predeceased by her parents William Claude and Una Mae Wagnon Schrimsher, husband Harris Miles and her two daughters Susan Bernhardt (Gerry) and Harriet Armstrong (Steve). Also four brothers and 2 sisters-in-law, Homer and Maxine Schrimsher, Glen and Mary Schrimsher, Clyde Schrimsher (Micky) and Morris Schrimsher (Patty).
She is survived by her sister Mauvoline Yarbrough (Jesse, deceased), brother Jerry Schrimsher (Helen), two grandchildren Miles Armstrong (Samantha), Maggie Meyer (Joel), two great grandchildren Addy Armstrong and Wyatt Meyer, 8 nieces and 5 nephews.
Ruth was a professed Christian being baptized and active at Fairview Baptist Church in her youth. She was a high achiever in the East Limestone schools and was in drama and choir clubs. She was an all-county basketball star and led the team to a state championship. She had a part-time job at Gilbert’s Soda Fountain in Athens.
After graduation from high school she married Harris Miles, a Navy veteran, and moved to Chattanooga. There, with two daughters, she had a full-time job and enrolled in the University of Tennessee at Chattanooga where she received a degree in Education. She then taught elementary school for 25 years. Ruth was an avid reader and was a runner in the Chattanooga hills where she often ran for miles to unwind after school.
In 1991 the family moved back to Athens to retire and live close to children and grandchildren. She had a passion for cooking and enjoyed making meals for the family. She loved the holidays with the family and treasured the many trips to the white sands of Fort Walton Beach. Her travels with her sister to Ireland and England were special times for her.
Ruth spent her later years at Merrill Gardens in Madison where she was comfortable and made many friends.
A funeral service will be held at 10:30 AM Saturday July 3, 2021 in the Chapel at the Spry Funeral Home, 804 US Highway 72 W, Athens, AL with Pastor John Prater officiating. A private burial will be at a later date in Roselawn Cemetery.
Charitable donations in her memory may be made to the Vine Pastoral Counseling Center, 333 Franklin St SE, Unit 300, Huntsville, AL 35801
Sign Guest book below.
4 comments
Mori Townsend
To the family of Kimberly Stephenson, I’m so sorry for your lost. As a former coworker, I can say that Kimberly was truly loved and will be missed by many. My thoughts and prayers are with all of you during this time of sorrow.

Chris Nugent
To the family of Kimberly Stephenson, sorry for your lost. She will be greatly missed.
Chris Nugent
Elizabeth Olin
Kim was a Hospice nurse for my mother & she was the most considerate, kind, caring & compassionate person I've met. She loved my mother & my mother loved her. Her last text to me was that she was praying for my mother which was on Monday morning, & I didn't respond, I wished I had. I'm so sorry to hear of her passing. My mother passed away on the Friday, after Kim did. I was so so sorry to hear this..
Charmaine West
I lived next to Ruth and the family. I went to church with them. Ruth was a 2nd. Mother to me and will be truly missed. I was so BLESSED to have her in my life.